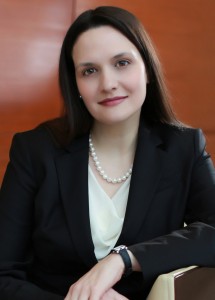 Amy has over 16 years of experience in civil litigation. She concentrates her practice on complex personal-injury defense, including product liability and toxic tort defense. Amy has served as national-coordinating counsel on selected litigation for a wide variety of businesses.

Focusing on assisting corporate defendants involved in litigation in difficult state jurisdictions, she litigates in areas such as Madison and St. Clair Counties in Illinois, and the City of St. Louis in Missouri. She also handles litigation in numerous jurisdictions, including Missouri, Illinois, Alabama, Florida, Ohio, Pennsylvania, Georgia, Mississippi, Arizona, and California.

Amy regularly handles cases involving catastrophic injuries or death and has extensive experience in all aspects of damages defense, including medical and psychological issues, as well as life-care planning and vocational rehabilitation issues.

Additionally, Amy has a longstanding pro bono practice advocating on behalf of women and girls who have been victims of rape and abuse. She has received numerous awards and recognitions for her work on behalf of victims of rape and abuse, including Missouri Lawyer’s Weekly’s highest honor, Lawyer of the Year, as well as the American Bar Association’s Pro Bono Publico Award.

Admitted to the Bar